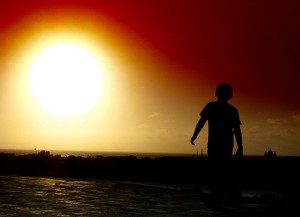 Most drug rehab centers use 12 steps philosophies and structured group 12 steps meetings as a part of a comprehensive treatment; and because no one approach works best for everyone, combining 12 steps programming with therapy, education and cognitive behavioral training is the most often employed method for recovery. Every rehab facility varies within its philosophical approach to recovery, and some may stress the 12 steps program exclusively, most use it in conjunction with other methods, and some don't use it at all.

The use of 12 steps in drug rehab, although sometimes criticized, garners legitimacy from the long history of 12 steps organizations, and through the millions of men and women that have used the method to gain strength and conquer personal problems with substance abuse.

The Principles of the 12 Steps

As summarized by the American Psychological Association, the principles of all 12 steps programs are:

The principles of the 12 steps are taught and reinforced through peer group meetings amongst fellow addicts, and through the fellowship and support of others battling the same types of addictions.

Although 12 steps programming is not affiliated with any particular religion, and most endorse a spirituality approach over religious doctrine, one of the principles of the program is that an individual must submit to a power greater than themselves for guidance. This power need not be god in the traditional sense, and can be anything that works for the individual so long as this higher power is neither another person, nor a belief in an internal strength or will power. Many non religious and even atheistic members find a way to work the steps with an internally acceptable definition of a higher power (mother nature, some sort of guiding or originating force in the universe) while others find that this presents an insurmountable stumbling block to recovery. The 12 steps don't work for everyone, but they do offer better health and sobriety to many who can make the steps work for them.

#1 an admission of powerlessness

Most 12 steps recovery meetings begin with a self introduction of members that sounds something like, "Hi, my name is Bob, and I'm an alcoholic". This type of introduction reinforces a shared belief in the powerlessness of addicts under the grips of an addiction, and is a cornerstone of the 12 steps philosophy.

12 steps do not allow for harm reduction or moderation, and because addicts are seen as completely powerless over their drug or alcohol abuse, only complete abstinence and sobriety is deemed acceptable

#2 taking strength from a higher power

Because the program insists that addicts are powerless over their own addictions, only through taking the strength and wisdom of some sort of higher power can abstinence and sobriety be achieved. This higher power, however it is defined, is asked for wisdom and strength, and an honest admission of shortcomings and failures is made to this higher power.

12 steps programs in drug rehab environments, and elsewhere, use sponsorship between recovering addicts to encourage learning, personal growth away from use, and abuse avoidance. The sponsor is generally a member of the program with considerable success at achieved sobriety, and the sponsor uses the lessons of the program, as well as the lessons they have learned, to help guide a less experienced and more newly sober member through the trials of initial sobriety.

Through the assistance of a sponsor, and through soul searching and introspection, the harm done through the behaviors of addiction are examined, and a list of those harmed is complied.

12 steps in drug rehab calls for amends to be made to people harmed through the actions of addiction. With help from a sponsor, a list of people harmed is complied, and whenever possible, and whenever the act of making amends would not cause undo harm, restitution should be made.

To make amends debts are paid and apologies are issued. Without bettering the harms done in the past, there remains a burden of shame and guilt, and such negative emotions hinder the process of recovery. By making complete and honest amends, the slate is wiped clean. You have asked for forgiveness from your higher power, and as well to those that you have harmed, and you no longer owe a debt of guilt to anyone.

Although making amends is very difficult, and is one of the most painful and agonizing of the steps, the process liberates the sprit and is essential for full participation and experienced benefit of the steps.

#5 learning to live a better life

Negative emotions of shame and guilt can lead to abuse, and to avoid the sensation of these negative emotions, a life of better conduct is encouraged; living an honest life before your higher power and your friends, associates and family, and striving to do good over evil, and offering something to the world instead of taking away.

#6 helping others battle their addictions

The debt of gratitude owed to the program once sobriety is achieved is best paid through the continued support and assistance of others newly struggling with recovery, or still battling with their dependencies.

Will the 12 Steps Work for You?

The 12 steps admittedly do not work for everyone, but since it offers something tangible and valuable to so many, it is a beneficial aspect of any comprehensive drug rehab experience.

12 steps in drug rehab won’t work for everyone, but even for those that do not find the philosophy a good match, there is inevitably something of value learned through the introspection of 12 steps recovery, and through the process of making amends to those that have been wronged.