Methadone or Drug Rehab - Which Is Best for You? 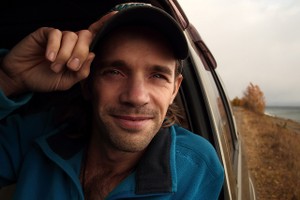 Methadone is an opiate, and therefore when taken in sufficient quantities, eliminates the pains of withdrawal from a drug cessation program; but unlike most opiates, Methadone in the doses given for maintenance does not cause euphoria or much sedation.

Essentially, Methadone maintenance therapy allows recovering opiate addicts to function without the pains of withdrawal or a craving for the drug of abuse, and since they are not "high" while using Methadone, they are able to participate meaningfully in society, and are far less likely to return to abuse, crime and other risky behaviors.

Methadone therapy generally takes place in Methadone administration clinics, and recovering addicts are given a dose of Methadone under supervision that effectively stops the occurrence of withdrawal symptoms for 24-36 hours. Because Methadone can be abused, and does have a street value, patients are generally not allowed to take Methadone out of the clinic, although some recovering addicts can earn the right of a few take home doses after a number of negative drug urine tests over a period of months.

Methadone drug rehab is a long term treatment program, and the maintenance phase of Methadone drug treatment lasts for a minimum of 6 months, and for some addicts, can continue indefinitely. When addicts are deemed ready, they are encouraged to begin to reduce their dosage very slowly, and after a period of months of diminishing doses, they eventually become opiate free.

Pros and Cons of Methadone

Because there is no initial very painful period of detox, it is far easier to convince addicts to enter a Methadone program than a conventional drug rehab that does require a painful detox.

Conventional drug rehab for opiates may either be performed on an outpatient basis, or in an inpatient residential setting. This initial and necessary detox off of the drug, although very uncomfortable, is medically supervised to diminish the pains of withdrawal, and appropriate medications are administered for symptoms relief. This detox is always best performed in a medical or rehab facility, away from the temptations to use and access to drugs.

Conventional drug rehab does not end with detox, and recovery begins once the metabolites of the drug are removed from the body. Drug rehab combines cognitive behavioral therapy, peer group therapy, drug and life skills education and private counseling to teach the addict what they need to learn to stay drug free once finished with treatment.

Aftercare continues after the completion of treatment, and recovering addicts are encouraged to retain participation in peer group therapy sessions, and with one on one counseling with a psychologist or addictions professional.

Pros and Cons of Drug Rehab

There are two essential advantages to drug rehab as opposed to Methadone maintenance therapy.