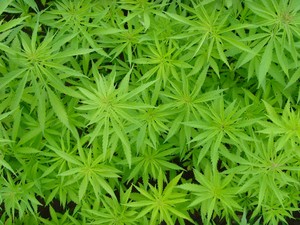 A lot of us underestimate the dangers of marijuana. A lot of us as now responsible parents may even have used marijuana as teens, and although we don’t wish to see our kids using any form of drug, we do feel some relief when it's only marijuana.

Marijuana today is different though. The last 20 years have brought an incredible explosion in the potency of marijuana, and what was a relatively benign herb has become a very intoxicating drug; potent enough to cause some significant health concerns, and potent enough to lead to addiction for a great many.

Here's an overview of some of the more significant threats of marijuana smoking for today's teens.

The Risks of Addiction

While it used to be pretty tough to get addicted to marijuana, with great increases in the strength of the drug, it has become an addictive substance. Once addicted, teens will experience strong cravings to use and if they try to stop, they will have to endure a challenging and uncomfortable period of detox. Marijuana detox is not life threatening, but when the insomnia, headaches and anxiety are combined with incredible cravings to use, a lot of kids just can’t get past it.

Enduring social perceptions that imply that marijuana is not addictive do not accurately reflect the reality of today's marijuana, and any teen who experiments with marijuana is at risk for addiction.

The Risks of Psychiatric Conditions

The earlier teens start using and the more they smoke, the greater their risks for psychiatric conditions much later in life. Early marijuana use has been very positively correlated with increased rates of psychosis and depression during young adulthood.

Marijuana decreases potential in two basic ways. Firstly, one of the side effects of frequent marijuana use is a reduction in initiative and motivation. When you’re high, you have little desire to get off the couch and do much other than get high once again.

Secondly, marijuana decreases your ability to learn. Clinical studies show that smoking marijuana leads to cognitive delays for about the next 24 hours. A 24 hour reduction in ability to concentrate, to consolidate memories and a whole day lowering in verbal and mathematical abilities.

For teens, whose main purpose in life is to do well in school, get the education they'll need for later success, and get the grades that are going to get them into a good college, smoking too much marijuana can be extremely detrimental.

Living in the here and now teens don’t worry too much about future health difficulties, but maybe they should. A single joint contains far more carcinogens than a cigarette and heavy marijuana smokers are at risk for a lot of the same cancers and respiratory problems that cigarette smokers are.

Today's marijuana is dangerous, it does reduce health and wellbeing and it does rob teens of their full potential in life. If you know that your teen is smoking marijuana, you need to take action. Marijuana addiction does not go away on its own, and if your teen cannot stop, he or she will need professional help.

Today's marijuana is addictive, and representative of the strength of today's pot, there are more teens in residential drug programs in America for marijuana than for any other drug. Hopefully your teen doesn’t need the intensity of drug rehab, but if nothing else works, anything that you can do to better the situation is valid and worthwhile.

It's a tough world our teens grow up in, and the normal challenges of adolescence are enough. When teens get in over their heads with marijuana they need our help. They may not ask for it, they may even resent your actions at the time, but getting them better and getting them sober is always the right thing to do; and they’ll thank you for it later.